Working in Europe gave him wide experience on large-scale projects in countries such as Finland, Scotland, England, France, Germany and Croatia, with many different cultures and ways of work. Gil has experienced a range of various roles in the lighting-related industry including technician installer, programmer, designer, project manager, technical director of international theatre festivals.

This experience means he has a solid and effective knowledge of lighting design having had time to experiment and learn with the best. His experience includes project planning and delivery from project concept and development to completion. Gil moved and settled in Macau (China) in 2011 where he started his new lighting design path in architectural and decorative lighting. He has worked with major casino brands in Macau on a range of projects from small lift lobbies to massive gaming areas. Gil has built up a solid portfolio of high-end hospitality throughout the region. 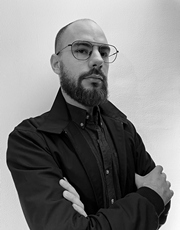