Since graduating from the University of Melbourne in Engineering, Danial has focused his career in sustainable design, always seeking opportunities for practical, inter-disciplinary design solutions in his work.

Danial leads the Melbourne Building Physics and Sustainability team and supports the broader Inhabit teams across Australia and beyond. He has played a key role in successfully delivering a number of Green Star and ultra-low energy buildings, carefully navigating the inherent complexities and risks associated with any high-performance building. His experience at every phase of a project allows him to take a measured and pragmatic approach to achieve harmony in design.

Since joining Inhabit in 2019, Danial has played a key role in developing the broader Building Physics team’s technical capabilities that ultimately add value to the project by reducing uncertainty and mitigating potential risk. 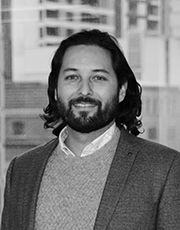