A famous pub and entertainment venue in the heart of Sydney, Australia, is being reborn as construction of the new Jackson on George development moves quickly ahead.

Part of the new Circular Quay precinct, which includes a new office tower, community building, plaza and laneways, the building has been designed by Studio Hollenstein. In 2016, Lendlease launched an invited design competition for the pub’s redevelopment and Studio Hollenstein’s winning entry creates a template for the modern, urban Australian pub.

The building is wrapped in a veil formed by white ceramic baguettes which, according to the architects, are inspired by the classic Aussie pub tile and the shimmer of the water of Sydney Harbour. Their curved form evokes sailing boats on the nearby water. Inhabit’s Sydney team has provided façade consulting to the project. Onsite Group and Jabin Group have completed the design of the Ceramic Veil. Ceramic baguettes have been produced by Frontek Australia.

“It has been exciting to be part of the team bringing this iconic venue back to life and to play our part in the redevelopment of the whole precinct.”

Jackson on George is set to open in early 2023. The Gadigal people of the Eora Nation are the Traditional Custodians of the Country where this project is being built. 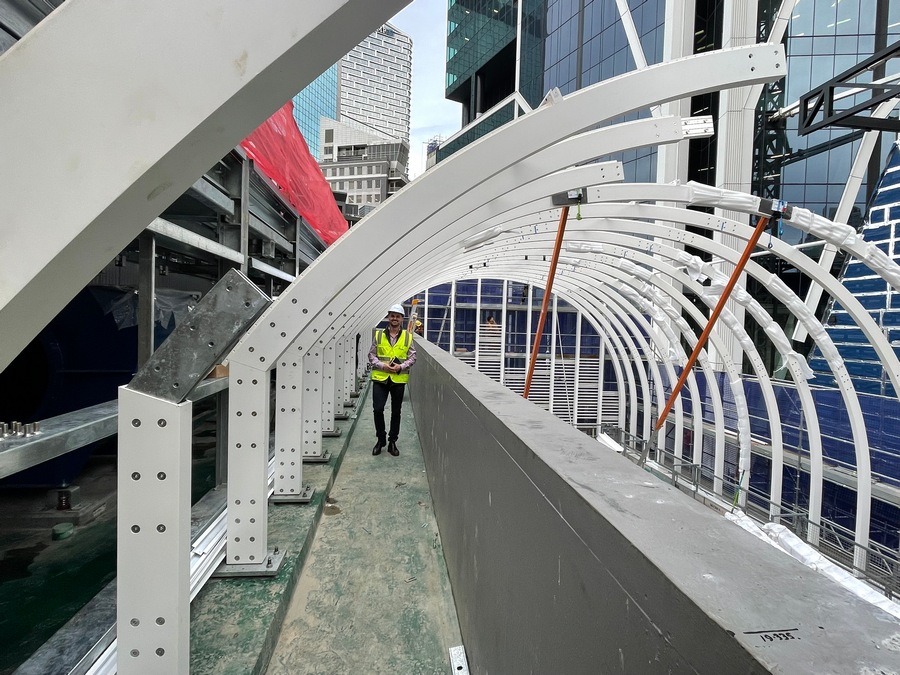 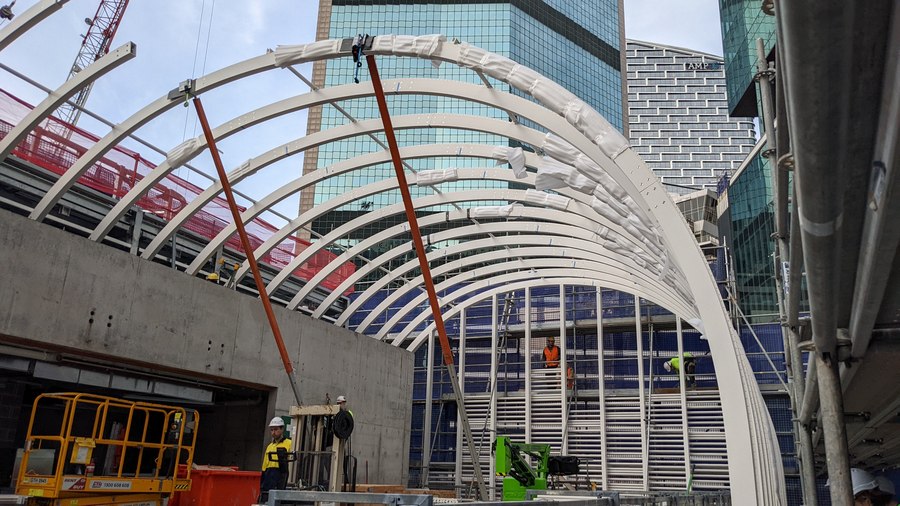 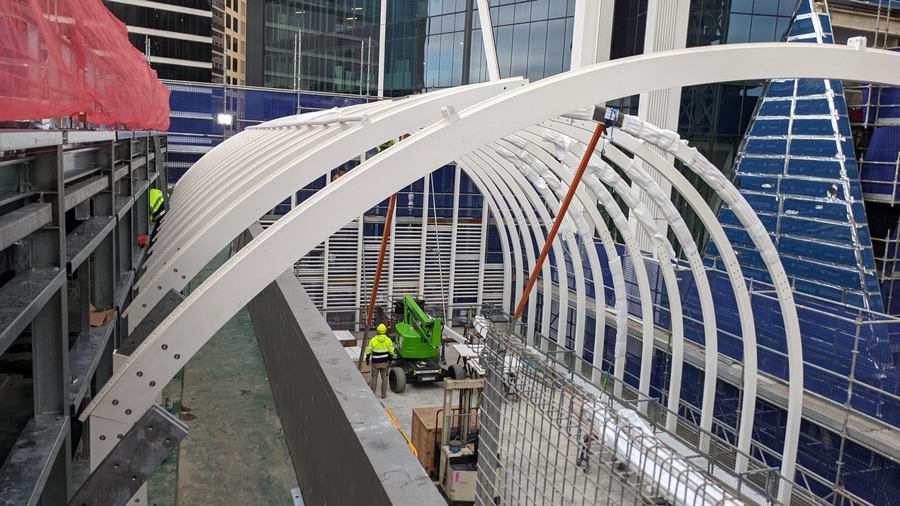