Inhabit is pleased to announce that Senior Associate Dickson Wong has relocated from Hong Kong to Toronto, Canada, where he will strengthen Inhabit’s presence in North America. Dickson has spent over 11 years with Inhabit, focusing on high-end consultancy projects across Asia. His skillsets include architecture, façade design, geometry and rationalisation, leadership and mentorship.

“We at Inhabit are very excited about this new chapter in both the growth of Inhabit into Canada, and Dickson’s step into an office management role. His presence in Toronto, being based alongside fellow Egis employees, will be a boost for our North American presence. His focus will be the local domestic market, however, his network also covers the USA and his assistance to Inhabit’s New York office will be much appreciated.”

Dickson commented on his appointment:

“I would like to thank Inhabit for giving me this exciting opportunity. I am also honoured and grateful to have, over the past decade, worked alongside with and learned from the world-class team that is the Hong Kong office. Moving forward, I will be involved in developing Inhabit’s consultancy services in North America.” 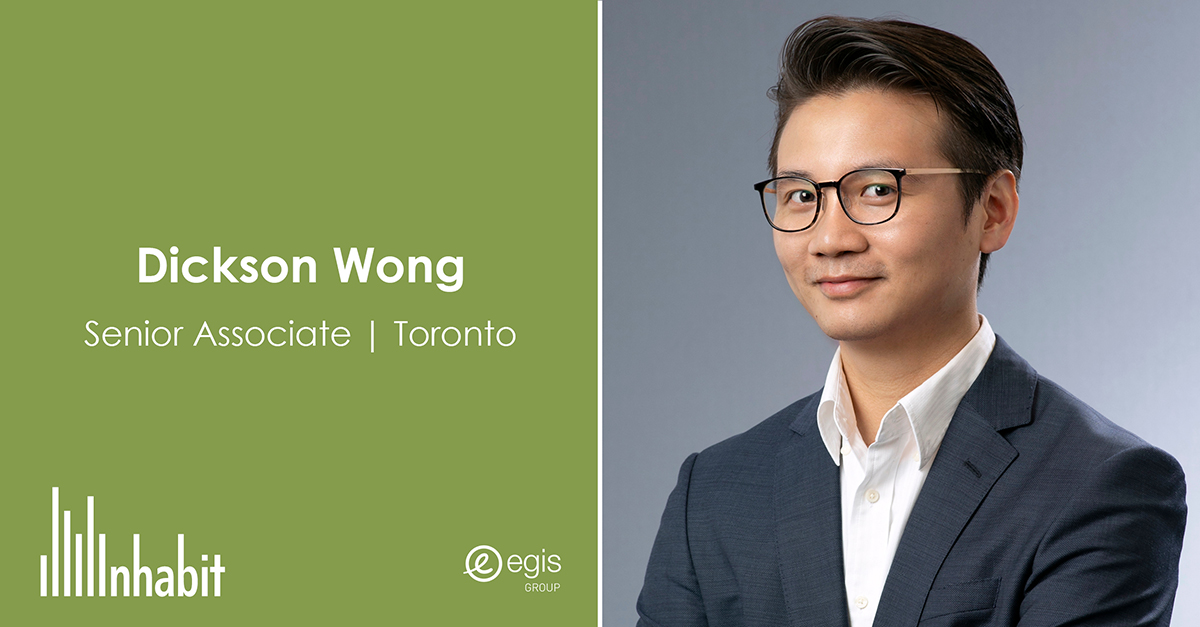